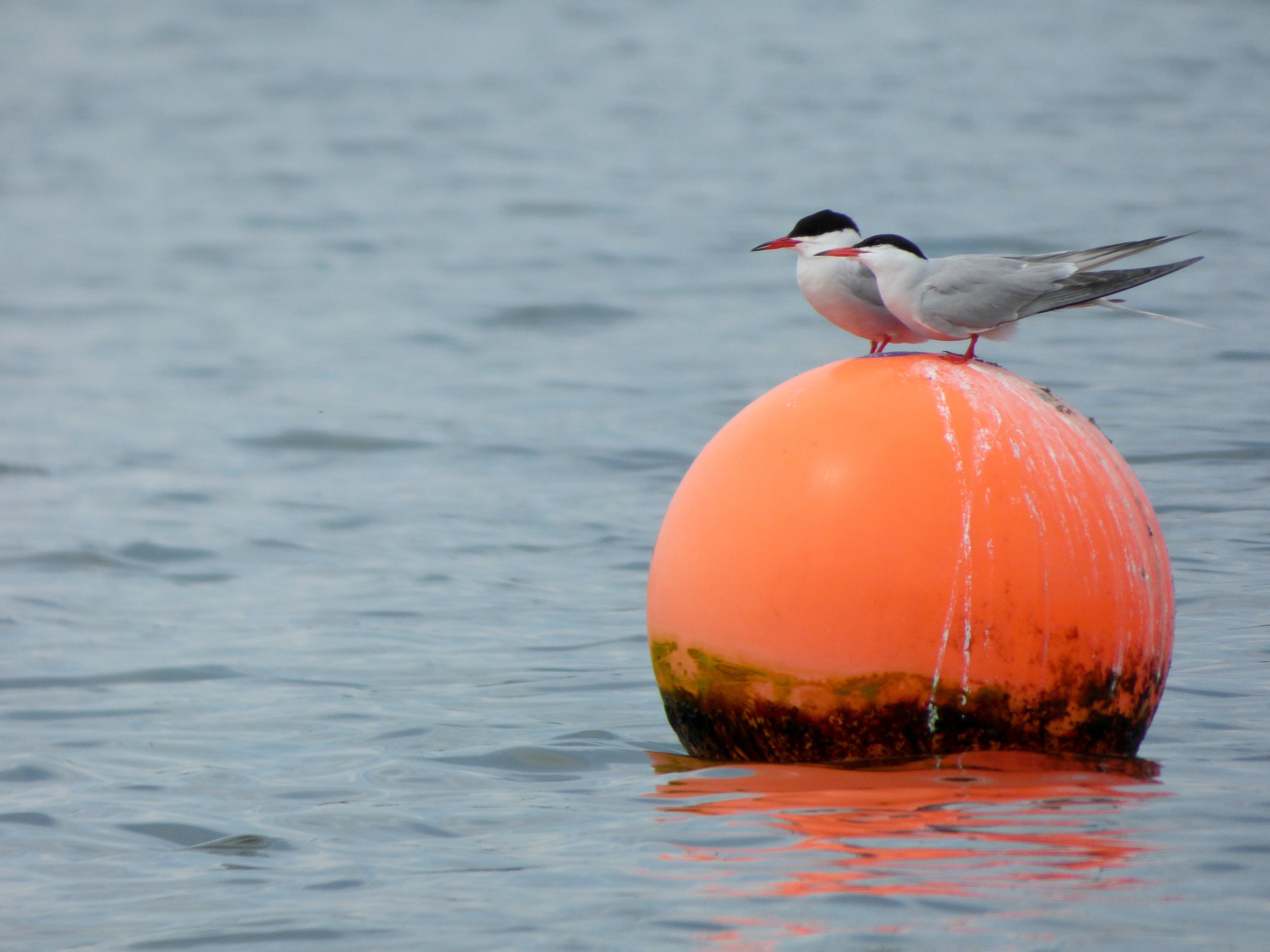 Every summer Common Terns make the gruelling migration journey from West Africa to our shores. They readily breed in coastal habitats as well as inland waterways. The small islands on Lough Neagh are important breeding sites for this amber listed bird species.

Common terns have a black cap, long red-orange bill with a black tip. In flight they look like a small, elegant gull with slender wings and buoyant movement. Their long tail streamers have earned them the nickname “sea swallows”.

Common terns create a thin scrape in sand, gravel or short vegetation into which they lay 2-3 eggs. After about 22 days of incubation, the eggs hatch and the young terns fledge after a further 28 days. Common terns sometimes nest among other species like black headed gulls, because of the aerial protection they provide from predators.

If you visit the coast you will have a chance of seeing arctic terns which are similar in appearance to the common tern. The arctic tern’s blood-red bill does not have a black tip, they have slightly shorter legs than common terns and their tail streamers are longer than the common terns. Arctic terns only breed on the coast- so habitat is another key indicator in identification. Even the most experienced birdwatchers can have problems differentiating between the two species!

The BTO have an excellent video on how to tell common and arctic terns apart:

By the end of September our common terns will have left our shores, and continued their migration back to the southern hemisphere to overwinter.